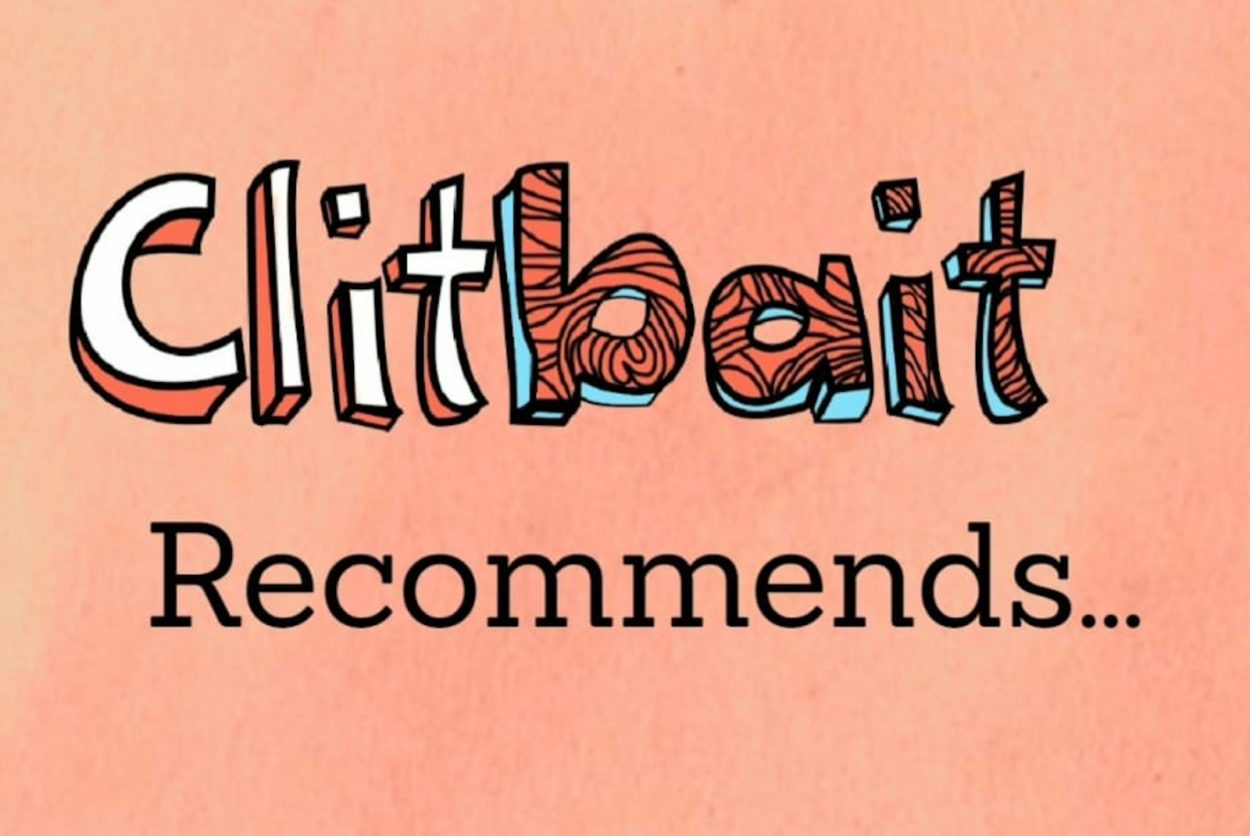 A while ago, we reached out to a few of our favourite feminists for their feminist recommendations for books, films or albums. As predicted, we received brilliant and inspiring submissions. Have a scroll down to check them all out!

A while ago, we reached out to a few of our favourite feminists for their feminist recommendations for books, films or albums. As predicted, we received brilliant and inspiring submissions. Have a scroll down to check them all out!

I want to make a combined recommendation for Susan Griffin’s Woman and Nature: The Roaring Inside Her (1978) and Darren Aronofsky’s mother! (2017). In a nutshell, Aronofsky’s film is an allegory for humanity on Earth and climate change, permeated with biblical references and ecocriticism. However, Aronofsky used the work of, and created the film in conversation with, ecofeminist Susan Griffin. The text of Griffin poetically narrates the many historical, mythical, and nature oriented connotations to femininity that has constituted Earth as ‘Mother’. mother!, therefore, by intentionally adopting the historical and deeply rooted oppression of women, is a forceful feminist text. If reading Griffin’s work prior to watching the film, you will experience layers beneath the allegory, references, and themes of humanity, modernity. Aronofksy’s interpretation of Griffin’s work is beautifully executed and the underlying narrative of the pervasive and historical account of gender becomes almost painfully visible. In addition, rather than recommending a musical work, I would like to point out that mother! has no film score. Since the score usually guides the viewer subconsciously throughout films, it’s absence in mother! perfectly contributes to the discomfort of watching it.

I first read Assata Shakur’s autobiography a few years ago and always come back to it to remind me that as a black woman living in a world which often does not look kindly at me, that I am powerful and have the potential to do great things which cannot be dimmed out by outside forces. Throughout her life, sister Shakur has faced a series of challenges– many extreme, and continues to be on the FBI’s most wanted list but still, this did not stop her from fighting for black liberation against systemic racism and telling the world about the menace that is white supremacy and its patriarchal values. Her ethos, attitude, resilience, sensitivity and strength of character in being her own person is so inspiring. She would not be coerced by anyone, not even from members of the Black Panther party (often calling them out for their transgressions such as misogyny).

An incredible and educational book that should be read by everyone who is serious about decolonising their mind of indoctrinated teachings and learn how white supremacy functions as a system. Truly empowering and a light that is especially healing in these times. Assata is a black feminist shero.

A colourful exploration of female experience in 1940s Morocco, ‘The Harem Within’ is Fatima Mersinni’s early memories of life confined behind the walls of a Fez harem. A time when women could not walk freely in the streets, Mersinni casts her mind back to a childhood that coincided with significant social and political transition in Morocco. Through observations of the community of women populating her harem’s courtyard, the author presents the tensions between old Morocco and new, the older women wanting to uphold tradition and their subservience to men whilst the younger women-such as Mersinni’s mother-are hungry for education and emancipation. But ’The Harem Within’ is more than an exploration of female liberation and offers a sensitive, detailed insight into the foods, smells and rituals of the author’s beloved country. In particular, it celebrates the extensive beauty rituals prided by Moroccan women, who frequent steamy Hamams (bath houses) to nurture their bodies and minds.  And so at once a book engaged in questions surrounding tradition, childhood and female emancipation, Mersinni’s ‘The Harem Within’ is a beautiful celebration of beauty and self-love in 1940s Morocco.

Hip-hop was a genre of music that had always been represented by male rappers, such as the likes of: The Notorious B.I.G, Snoop Dog, Tupac Shakur, Outkast, Eminem and the list goes on. So, when Lauryn Hill released The Miseducation of Lauryn Hill in 1998, ​it was a turning point for female representation in not just hip-hop, but in music in general. Not only did the album lead to the first wom​an to win five Grammy awards, but it was a creative piece that showcased the vulnerabilities that women face every day in this world: love, distrust, pregnancy, conflict and religion. Women have always been suppressed ​in one way or another, but especially when vocalising ​our experiences and opinion​s​, so for a young black woman to pour her soul ​out through her music for the world to see​, took great courage and strength. And so, for me, this album strengthens, and empowers my take on feminism ​as I believe it truly embodies what feminism means to me.

A Black History of Art, highlighting the overlooked black artists across the history of art

My album choice has got to be the Greatest Hits album of Nina Simone songs, which I only properly discovered at the start of university. Her life and her music are very inspiring to me; in my opinion she exemplifies what it means to be a strong woman – a strong BLACK woman. Her fearless personality and obsession with freedom are infectious, particularly expressed in songs like ‘I wish I Knew How it Would Feel to be Free’ and ‘Ain’t Got no, I got Life’ which convey a sense of overcoming despite the barriers faced by Black women. I find them encouraging when my motivation is low. Another great one by Nina Simone is ‘Young, Gifted and Black’, which again, as a young black woman, I find to be extremely uplifting – if I listen to that in the morning, I can’t have a bad day!

Bell Hooks’ ‘All About Love’ revolutionises our habitual connections through beautiful spiritual frameworks- ‘All awakening to love is a spiritual awakening’. Reflecting on the feminist revolution, she argues that as women ‘we did not take our teachings into the home’. This book revolutionises how we approach love in all aspects of our life, reshaping the word from a passive noun to an active verb, arguing that love should be practiced. Within many of our relationships we don’t appreciate enough if we are ‘spiritually able to grow’ with the other. This can be especially true for romantic attachments, where our feminist teachings seem to fall to the waste side. Assimilating to traditional gender roles, we lose sight of our feminist practices, this book is a nurturing reminder that we have the agency to transform our love for the better. She asks us to revolt by practicing feminism within our relationships in order to make genuine change for ourselves and for the future of womxn.

I’m Lou from @goodstrangevibes and I’m recommending the book ‘Vagina: A Re-education’ by @lynnenright. I loved reading this as it dives into all things vulvas and vaginas, exploring the social issues and contextual importance of the lack of information and discussions around vulvas, sexual pleasure and sexuality. I love how this book provides both facts, discussion points and personal experiences. After reading it, I felt more knowledgable about my body and better equipped to discuss the patriarchy with those who may not be familiar with these topics.

I absolutely adore the thoroughly unconventional, camp and idiosyncratic film The Love Witch – written, edited, directed, produced and scored by the one-woman powerhouse that is Anna Biller. The Love Witch offers a tongue in cheek, satirical nod to the sexploitation horror films of the 1960s and 70s. It stars Samantha Robinson – who is so unreasonably beautiful that you will spend the duration of the film entranced by her every move, and unable to decide if you want to be her or be with her. (Google her, you won’t regret it!)

Biller has paid painstakingly meticulous attention to detail – to such an extent that any frame could be lifted from the film and exhibited as a stand-alone photograph. The wardrobes and styling are immaculate, kitsch and dangerously covetable. It could be more accurately described as a 2-hour long art experience as opposed to an actual film. Shot entirely on 35mm film (!), the atmosphere of The Love Witch is one of heady psychedelia and nostalgic occultism. The cinematography and direction have been carefully engineered in such a way as to cause the viewer to feel mildly uncomfortable throughout the entirety of the movie – another ode to the low budget technicolours of the 60s and 70s. Not only is it visually stunning from start to finish, it encourages the viewer to delve inwards and question their attitudes towards romance, the patriarchy, and the male dominated systems that are prevalent in society. It inventively explores the true power of female sexuality, and is absolutely a must watch for any budding feminist/artist/60s aficionado. Highly recommend!

Thank you so much to everybody who submitted. As our days are still plagued by a sense of uncertainty, to find joy or inspiration in any one of these recommendations may help! If you want to su, bit your own recommendation then drop us a message on instagram or shoot us an email! 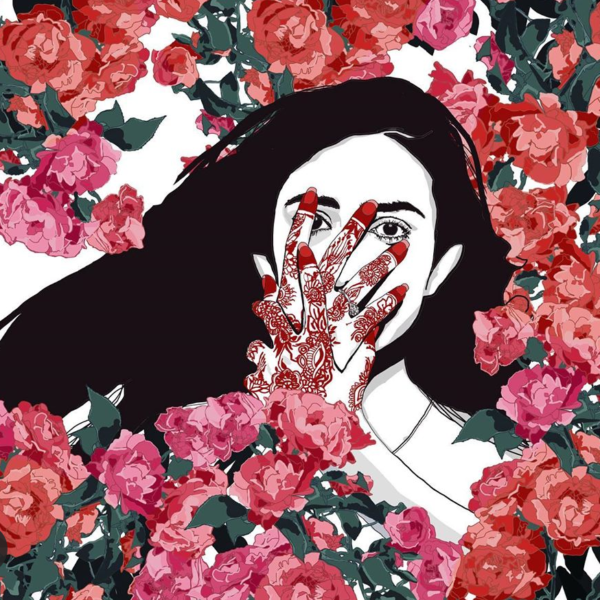 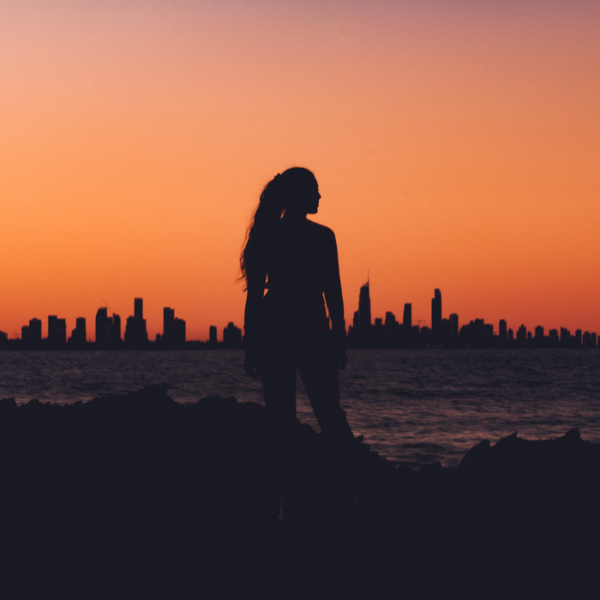